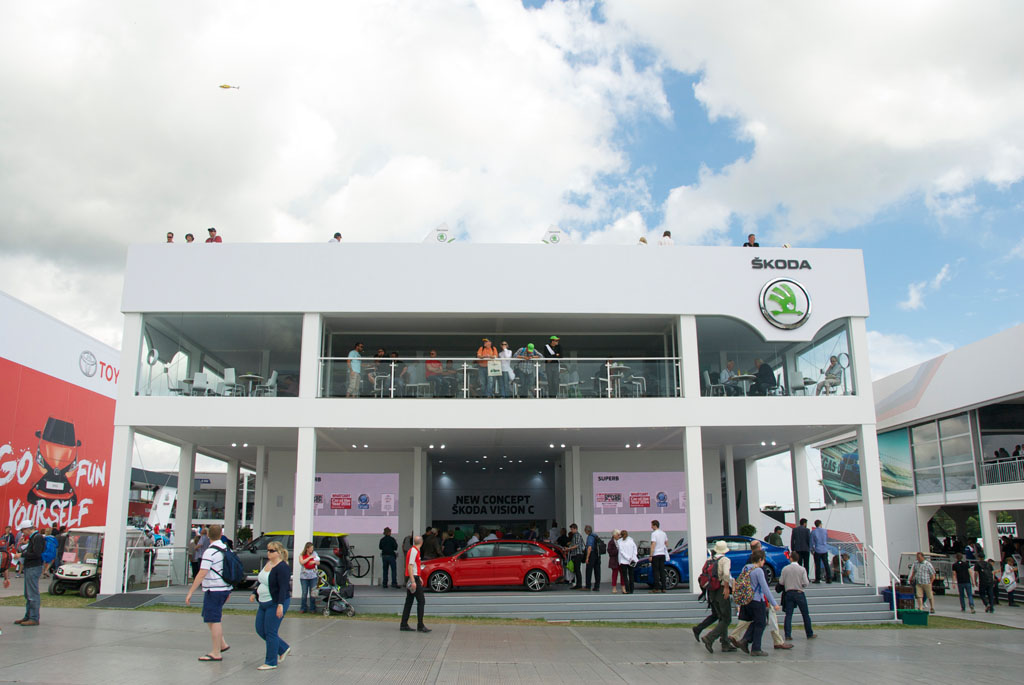 Staircase, windows and glass balustrades completed for ŠKODA at Goodwood Festival of Speed, 2014.

On behalf of one of my fabricator colleagues, I designed and detailed the twin mirrored pair of staircases inside the ŠKODA stand.

Designed in 3D, there were some interesting design challenges to overcome, not least that I had to span 5m over three flights and then 3m over two. I needed to keep the riser heights and tread depths as similar as possible throughout. After a lot of maths and drawing I finally came up with a very interesting solution. On the day, they slotted straight into place nicely, just as planned!

Also, working together we developed the ballustrades and Handrails on the vast ramps to the rear and the big floor to ceiling windows and balcony ballustrade on the front of the stand.

The ŠKODA stand was the highest viewing platform at the Festival of Speed in 2014, and subsequently went on to win three national awards for it’s concept and efficacy and will no doubt be in the spotlight for next year too! 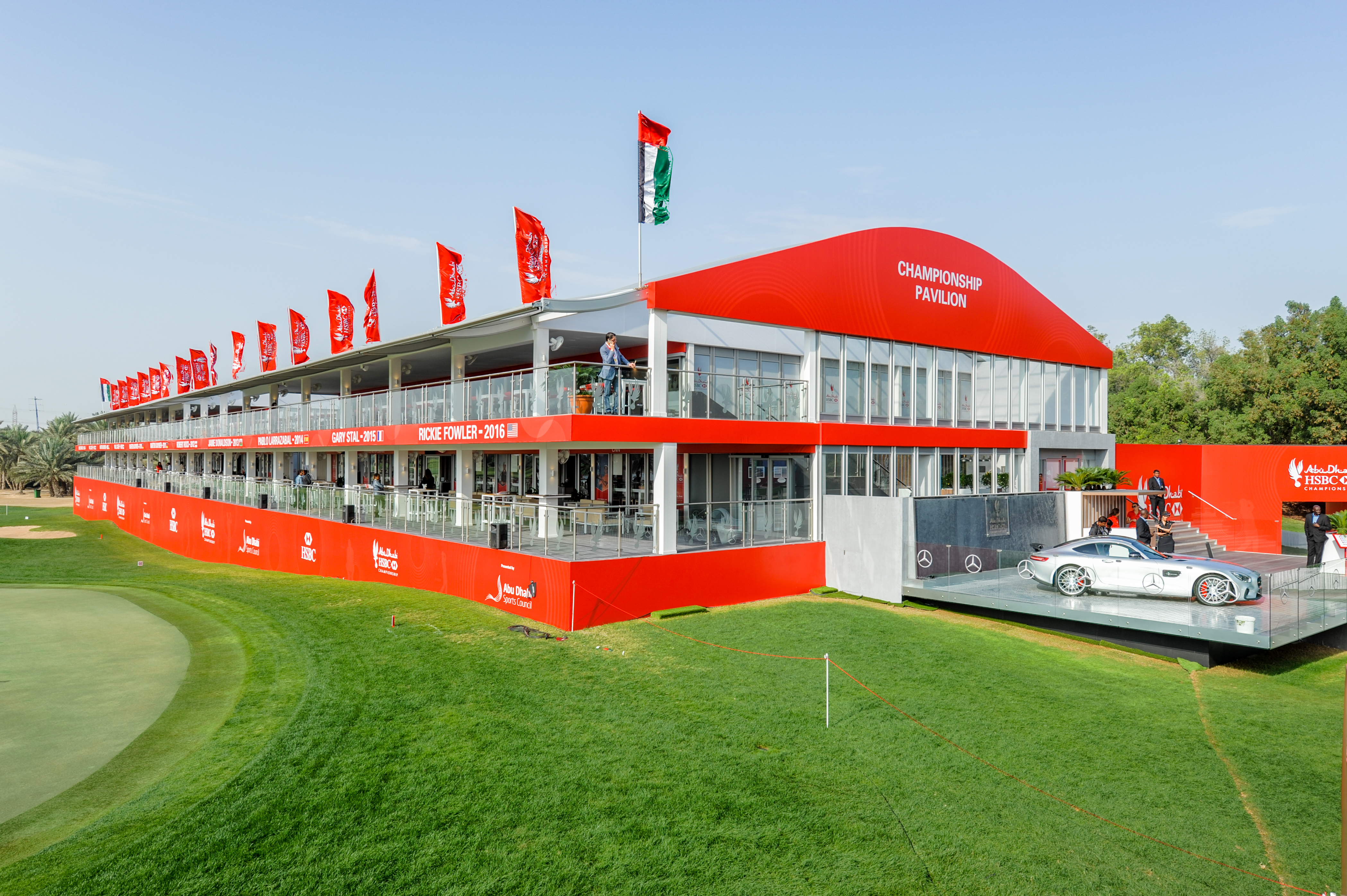 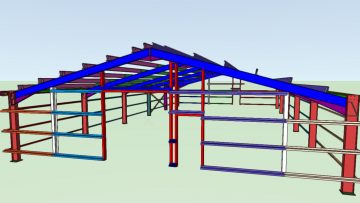 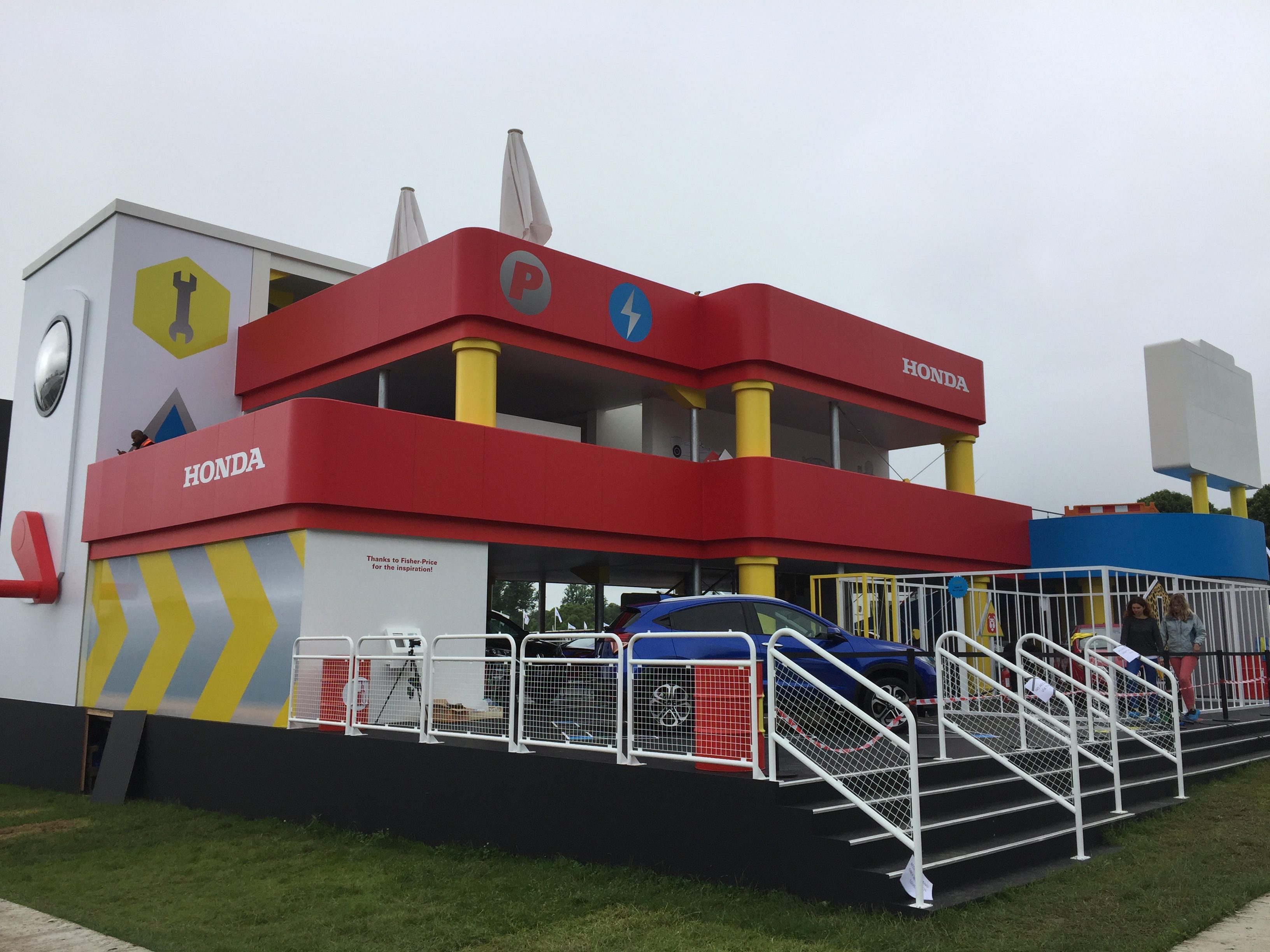